The cheesecake was the brainchild of a man who calls himself Mr Cod-Liver Oil (pictured here), and was constructed as a suprise birthday present for a friend. There are 35 pots of creme cheese in it: unfortunately some of these had to be of the low fat variety, since our local supermarket didn't have enough of the normal full fat type in stock.

The flan tin was made out of a large cardboard box and most of a roll of tin foil. It was designed to be the maximum possible size that would fit through a door. Construction of the cheesecake and associated tin took four people an entire afternoon. 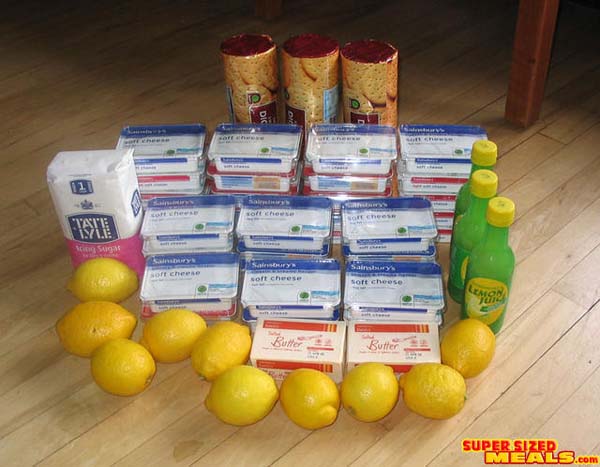 The total weight of raw ingredients used came in at just over 27lbs, of which over 15lbs was cheese. The giant cheesecake was decorated with a pattern of wafer-thin lemon slices generously steeped in a sugar syrup, and topped with a fine dusting of icing sugar. 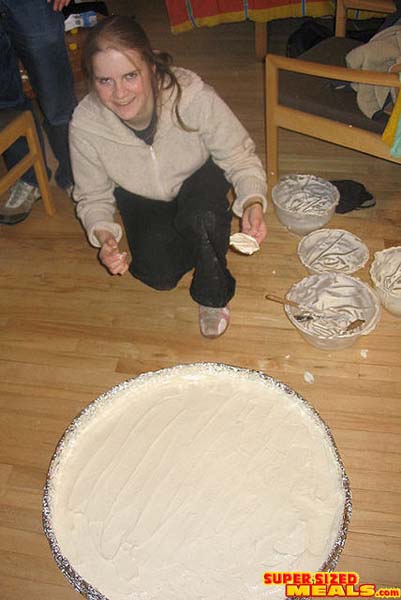 Unfortunately, our plans to bring the cheesecake into the birthday party with a dramatic flourish were foiled by a door frame smaller than we were expecting. 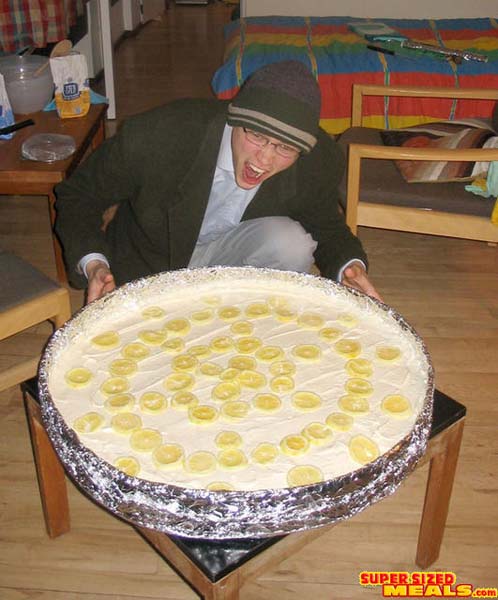 Once the cheesecake was finally inside though, about 20 unsuspecting partygoers managed to finish about 80% of it. Obviously, it was delicious. 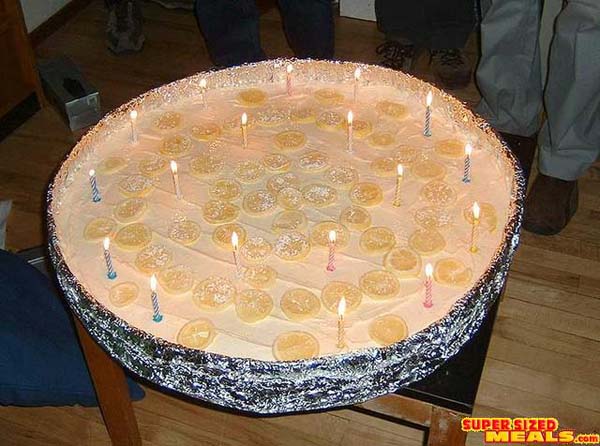