The kind folks over at the Texas State Fair sent me some pictures of this fine deep fried creation. It's Deep Fried Coke! Coke flavored batter is deep fried, dusted with cinnamon sugar, covered in Coke syrup, and topped with whipped cream and a cherry. A fantastic artery clogging creation! A quick factoid: Did you know that the Texas State Fair was where the Corn Dog was invented? Sounds like it's the home of all things deep fried!

DALLAS -- There are fried Twinkies and even fried candy bars.

Now, vendor Abel Gonzales Jr. has come up with a new artery-clogging concoction for the State Fair of Texas. It's fried Coke.

Gonzales deep-fries Coca-Cola-flavored batter. He then drizzles Coke fountain syrup on it. The fried Coke is topped with whipped cream, cinnamon sugar and a cherry. Gonzales said the fried Coke came about just from thinking aloud.

The two won out among 26 entries such as fried macaroni and cheese and a deep-fried cosmopolitan.

London said she came up with the fried pralines idea after buying pralines at the fair last year. She plans to sell the pralines alongside fried marshmallows.

Gonzales achieved notoriety in 2005 with the fried peanut butter, banana, and jelly sandwich -- selling an estimated 25,000 of the treats, according to the fair's Web site. The site said London got media attention in 2004 with her fried marshmallows on-a-stick.

This is the same state fair that brought about the corn dog. The Web site said Neil and Carl Fletcher conjured up a sweetened corn-battered wiener on-a-stick and sold it for 15 cents during the 1942 State Fair of Texas. 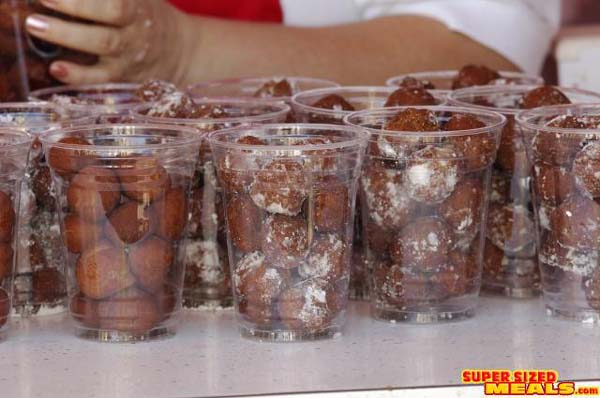 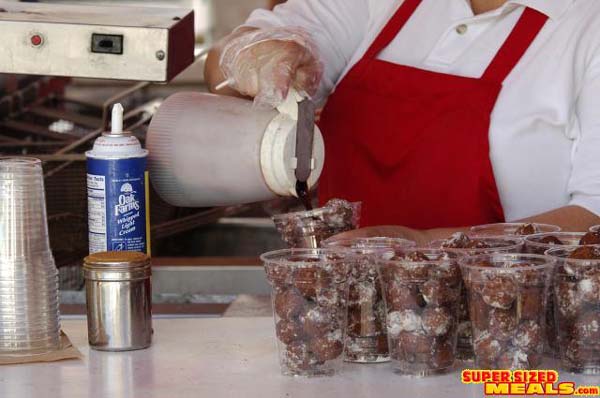 The Deep Fried Coke is topped with Coke Syrup 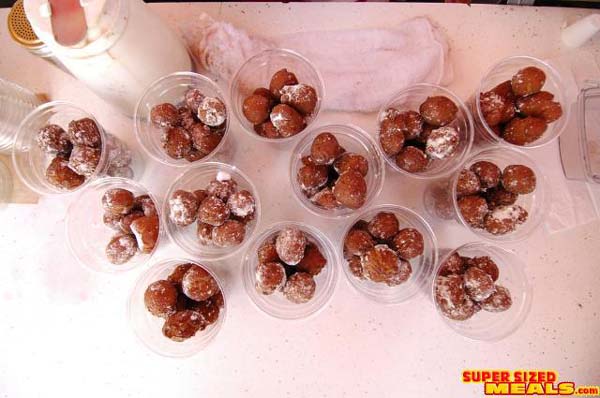 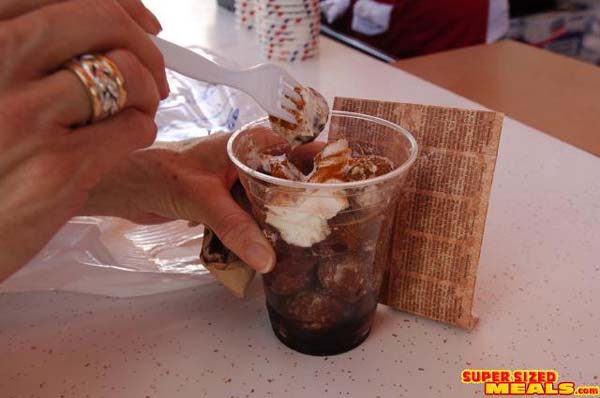 Topped with whipped cream and enjoyed by many!