McDonalds Japan has re-released their "MegaMac", a Supersized 4 patty Big Mac weighing in at 10oz. Following a very successful test launch earlier in the year resulting in stores selling out of meat and buns, McDonalds sorted out their logistical problems and have put it back on the menu. With all the anti-fast-food-hype lately though, I wonder if it will make it to stores other than those in Japan? 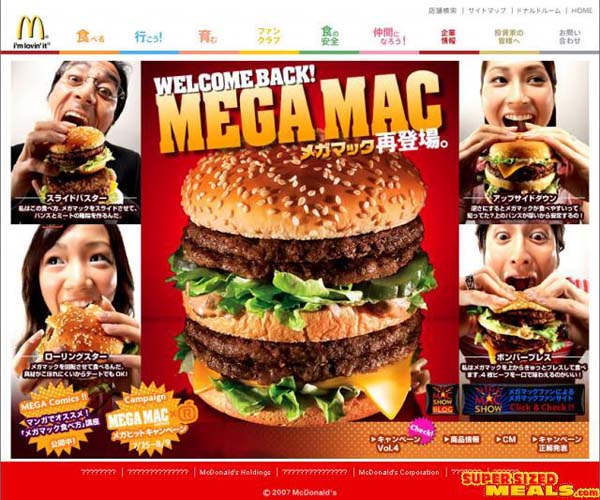 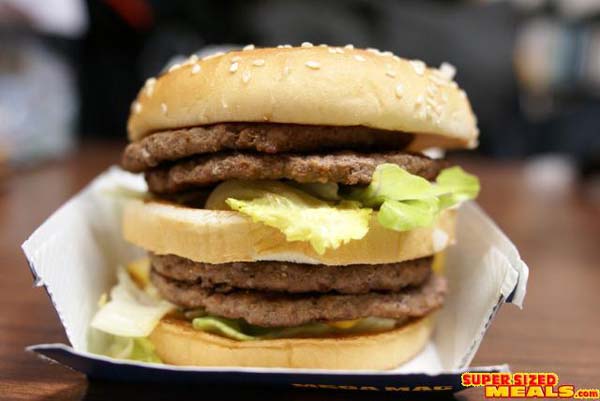 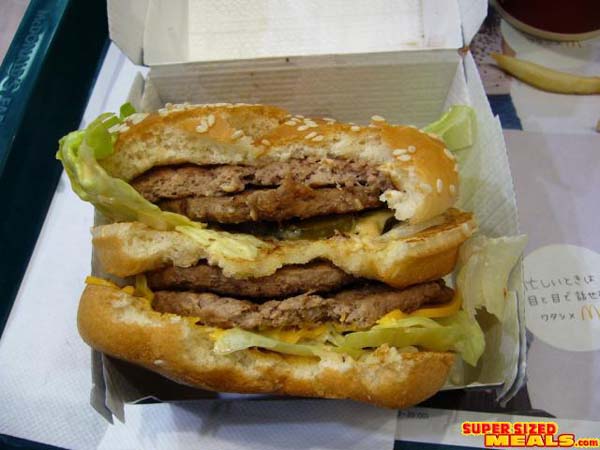