No, that's not a typo, that's what Skinnyboy calls it. One would hope it's not made from Anus, but who would know? I'll continue to live the dream, and believe that they're made from only the finest cuts of beef known to man...

I'm hooked on the greasy goodness of BK after getting the two Anus Burgers. Tonight: 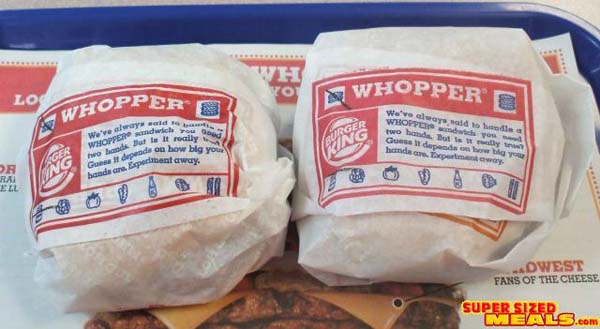 Two double Whoppers. Each has two fresh tomatoes, some onion, some lettuce, a couple pickle slices, and some ketchup. Hold the mayo. That and large water. Keep the calories down.

Like with the Anuses, move the patties and toppings from one burger to the other. 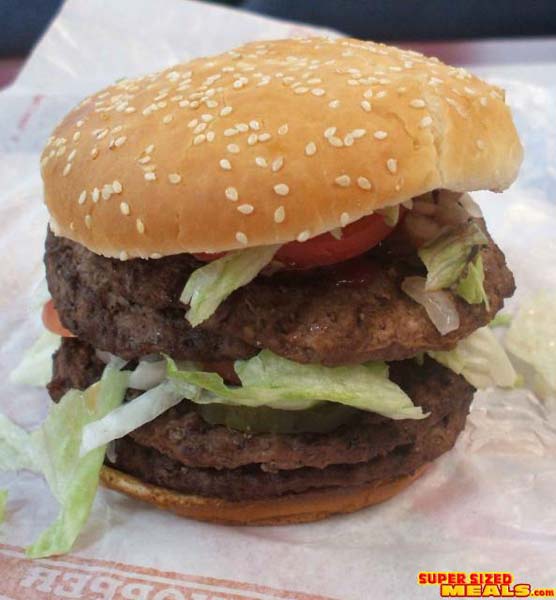 And we're ready. With all juices from the veggies and from the ketchup this was definitely a don't-put-down-keep-eating situation... 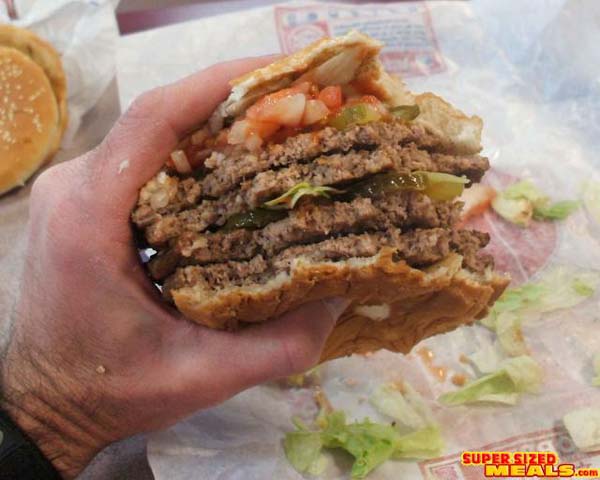 Toward the end, the top bun had totally disintegrated. The final two or three bites were open-faced. 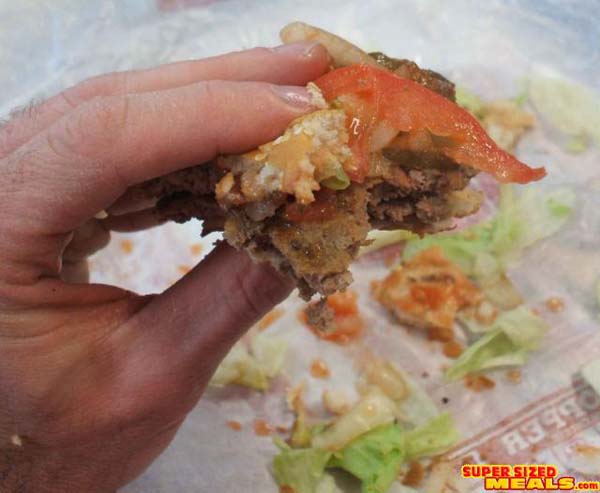 I think the durability of the corn-dusted bun from the Angus burgers might be an idea to try on the Whoppers. But maybe the top bun disintegrated because of the grip I had on this quad Whopper from Burger King where you can have it your way.