The Wafflesicle, Breakfast on a Stick!

Waffles are just so inconvenient. With them being square, light and rigid, they're just too difficult to eat on the run. That's why a clever bunch of food engineers in Europe came up with "The Wafflesicle". It's basically a mini-waffle that cooks onto a stick. Genius! Too bad they're about $700 euros each!

Forget everything you ever thought you knew about waffles. Because Lolly, a waffle maker that produces 9.4-inch waffle cones on a stick, has changed everything. Can I interest you in a wafflesicle? Of course I can. 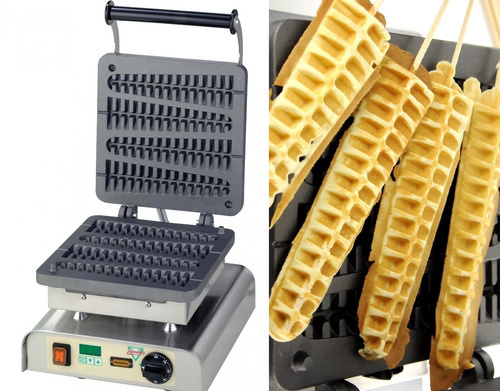 Lolly, from Triangular Concept, can crank out four of these delicious-looking treats in under two minutes. Which is good, because that's about how long it'd take me to down the first batch and be ready for the second.