For this engineering feat, Carvel created ice cream sheet cakes at a temperature of minus 120 degrees, and maintained in a freezer truck at minus 20 degrees. A trial run was held in Jessup, Maryland two weeks ago to ensure success.

Memorial Weekend 1934, Carvel was founded by Greek immigrant Tom Carvel when his vending truck broke down in Hartsdale, NY, and his ice cream started to melt. The popularity of the “soft” ice cream led him to develop manufacturing equipment, processes, and marketing tools that ultimately created “America’s Freshest Ice Cream”, and coined him the father of franchising. Carvel has over 300 patents, and was the first company to offer dietary ice cream. They now have a full line of low fat and no sugar added treats including soft serve cups & cones, fresh-dipped cups & cones, 98% fat free classic sundaes, and Flying Saucer ice cream sandwiches.

Once the party ended, ice cream and brownies were donated to City Harvest, an organization that is devoted to feeding the hungry and homeless, and distributes 45,000 pounds of food daily to a network of more than 800 emergency food programs throughout NYC.

To celebrate its 70th birthday, Carvel is hosting a birthday bash at all participating Carvel locations from May 17th – June 27th, featuring a new Birthday Mix specialty sundae and the rebirth of the Deluxe Sundae Dinner cake.

In the midst of a rapid nationwide expansion to reach 1,000 locations within the next three years, Carvel has become a true American icon. Carvel’s delicious products highlighted Kelly Ripa’s baby shower; fulfilled a birthday wish on The Sopranos; sparked true love when Homer Simpson presented his wife Marge with a “Whale of a Wife” cake; and even inspired a Beastie Boys song called Cookie Puss. In addition, Yankee Stadium’s George Steinbrenner keeps a freezer full of Carvel, and Tom Carvel even set up an “all you can eat” account for Jackie Gleason of “Honeymooners” fame to get free ice cream, and for his golfing buddy Bob Hope to get birthday cakes.

Click on each thumbnail image for a hi-resolution photo: Fudgy stands in front of the giant cake 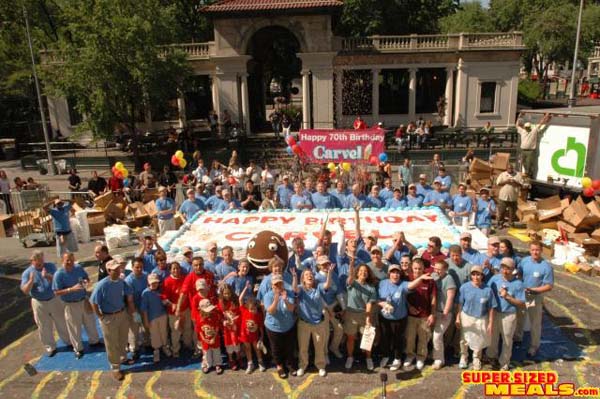 Staff pose for a photo 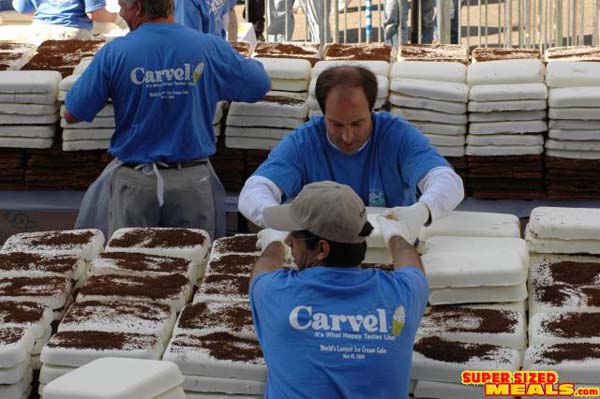 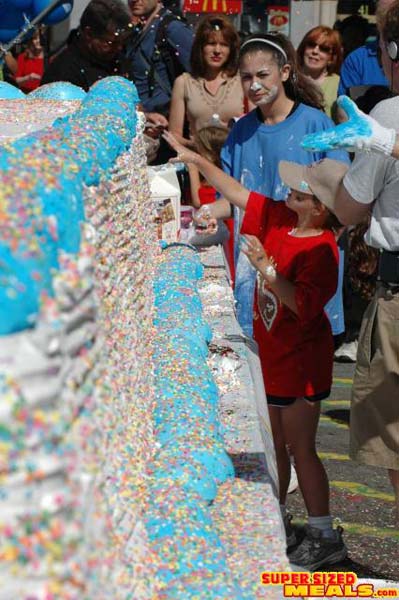 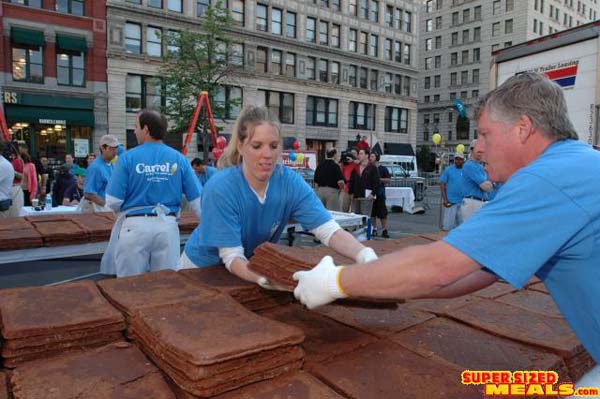 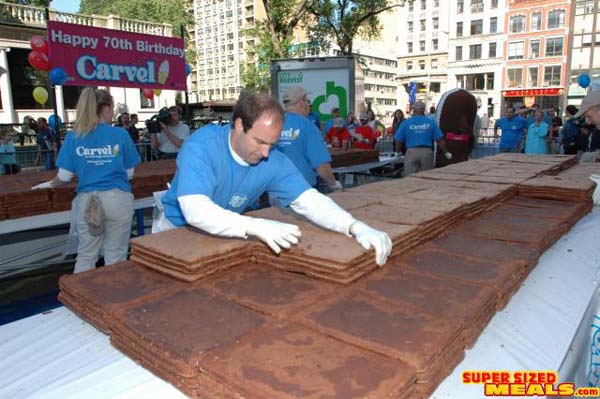 Laying out the base carefully 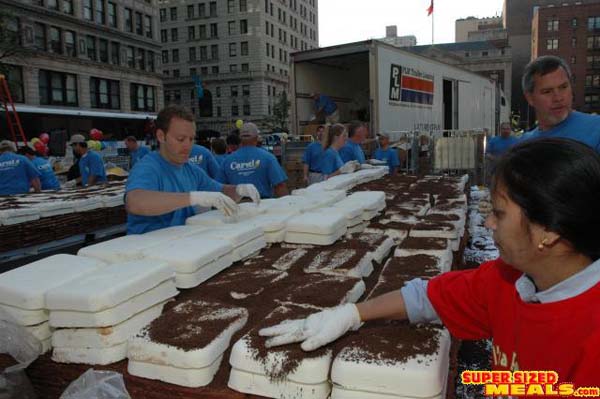 Topped with the Ice Cream Cakes 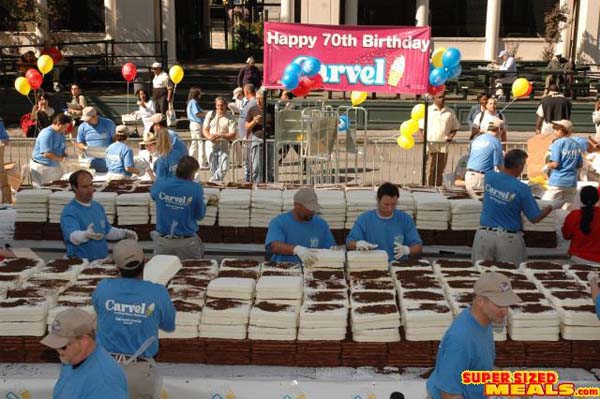 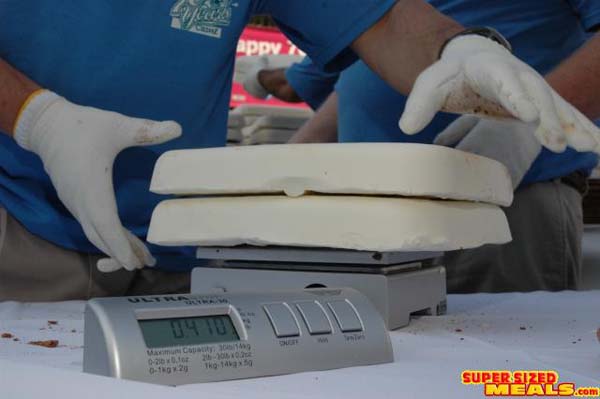 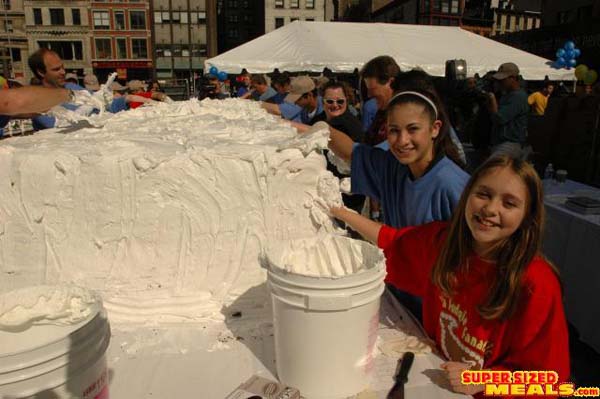 Topping the cake with cream I thought you used that tool on concrete, not ice cream! 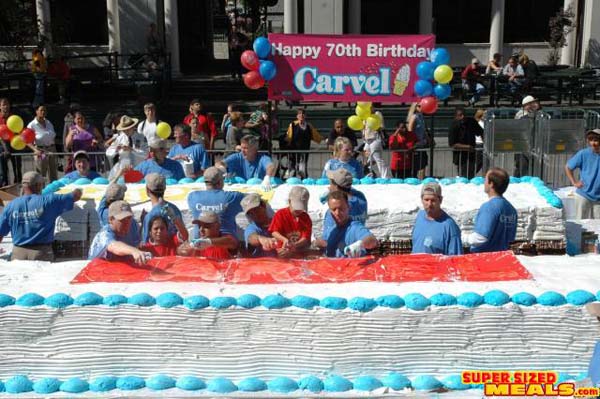 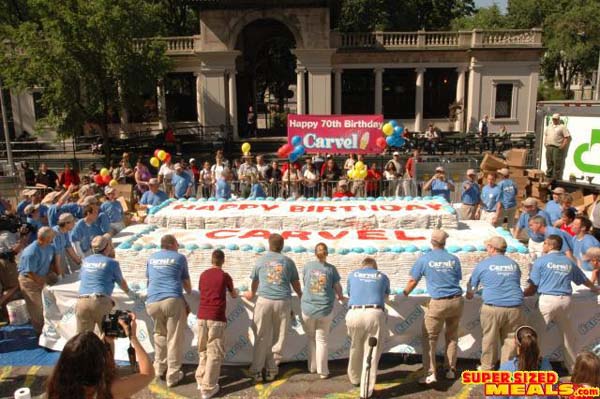 Putting the cake together 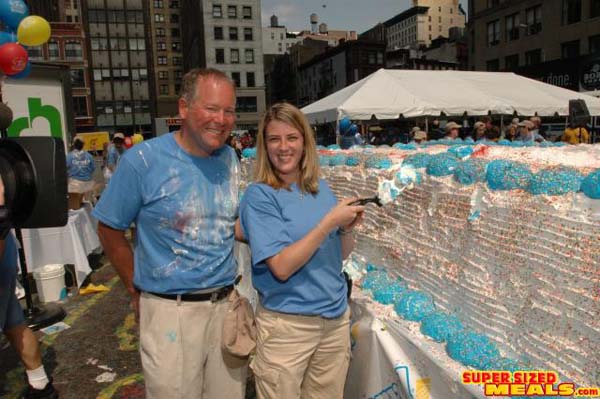 
Facebook comments
Carvel's Worlds Largest Ice Cream Cake | 0 comments | Create New Account
The following comments are owned by whomever posted them. This site is not responsible for what they say.