Everybody loves bacon, and everybody loves caramel, right? So why not combine the two? That's what these guys have done, and have created what could be the most savory sweet possible, Bacon Caramel!

Bacon caramel like a chewy SKOR Bar with bacon. How much more of a comforting flavour combination could there ever be? To do this, you'll need a couple of things beforehand, namely a pyrex dish or a couple of deep cookie sheets. You'll also need a candy thermometer and a silicone spatula, which is great for keeping the crevices of your saucepan from solidifying.

Start by frying up a good portion of bacon. I used about 300 grams worth, or 3/4 of a package. Cook as much as you can to be nice and crispy, without burning anything, which can be done over medium low heat. 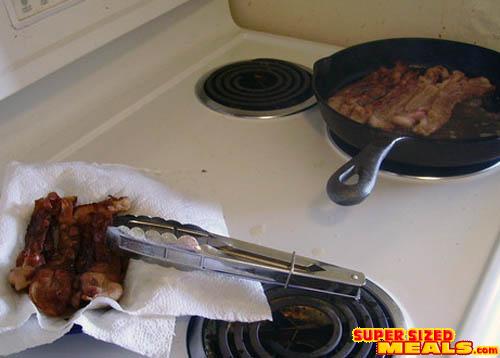 Step 1:
Once the bacon's finished cooking, blot it well and remove any stubborn fatty bits that refuse to become crispy. Then trim it down into large-ish bacon bits that'd work nicely in a Caesar salad. Reserve in paper towel to promote further fat drainage.

Add to a deep saucepan the following: 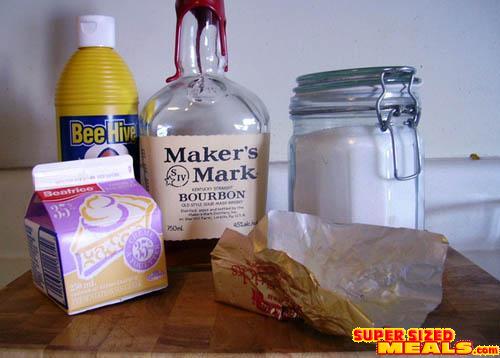 Step 2:
Over low to medium heat, dissolve everything while stirring constantly. Get your candy thermometer ready and then turn up the heat until reaches 240°F. Don't forget to keep stirring! 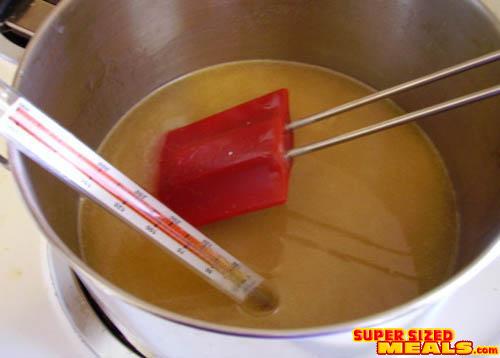 Step 3:
At that point, you'll be at the firm-ball stage and things should look a lot like this: 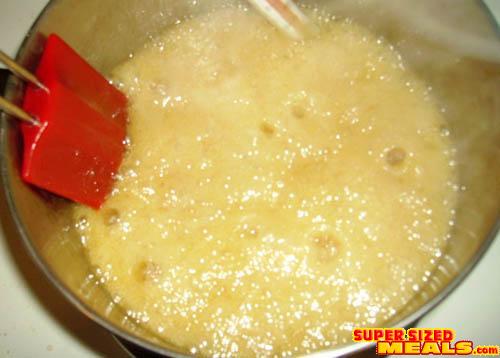 Step 4:
Remove your pot from heat and then slowly stir in another 1/2 cup of heavy cream. 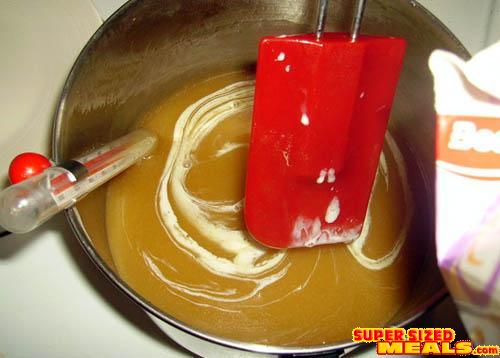 Step 5:
Then, put the pot back on the stove and heat it back up to 245°F while stirring still. Then, pour the mixture into a buttered Pyrex dish or deep cookie sheet. 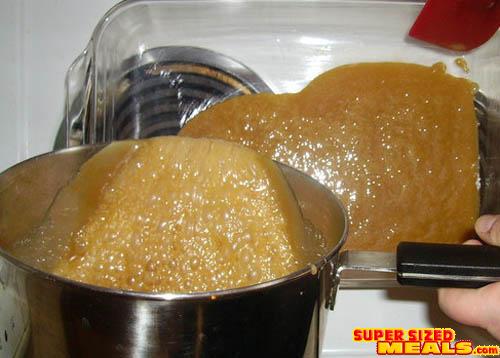 Step 6:
Immediately afterward, add the bacon. Be sure to make it an even application! 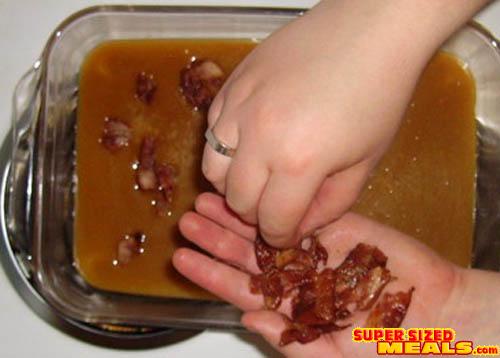 Step 7:
And hey! I had some toasted almonds left over from dinner the night before, so I added those as well. 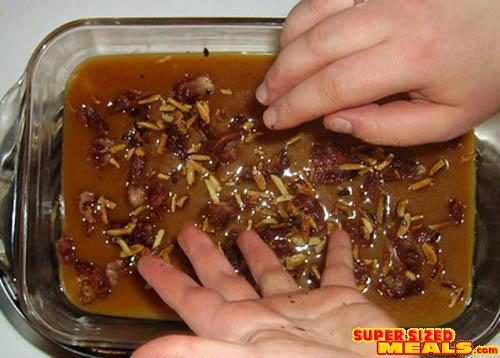 Step 8:
Then, let everything cool for at least 3 hours before cutting the bacon caramel into squares. 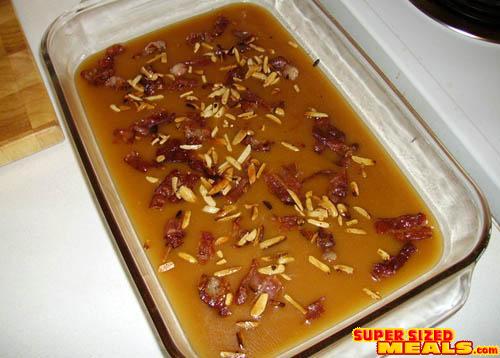 Serve it up to those without pancreatic issues and watch their eyes light up before they they begin to bounce off the walls!


Facebook comments
Mmm, Bacon Caramel | 1 comments | Create New Account
The following comments are owned by whomever posted them. This site is not responsible for what they say.
Mmm, Bacon Caramel
Authored by: Goddess on Sunday, March 18 2007 @ 08:15 pm UTC
Moma always said if you have nothing nice to say, but, eew. That is totally guy food, lol.
[ Reply to This | # ]