Might not be big in size, but it's all about the detail with this one! Made in Japan, Bento Boxes are highly detailed lunchboxes of rice and various other Japanese foodstuffs, usually for kids to take to school. This particular Bento artist made a bunch of Super Mario Bento Boxes. The detail is amazing. I wouldn't want to eat it!

A uniquely Japanese cultural phenomenon is Bento box lunches where the meal is dressed up with whimsical imagery so kids will be more inclined to eat their food. Check out this great example featuring the likeness of everyone’s favorite little Italian plumber, crafted entirely from edible items. 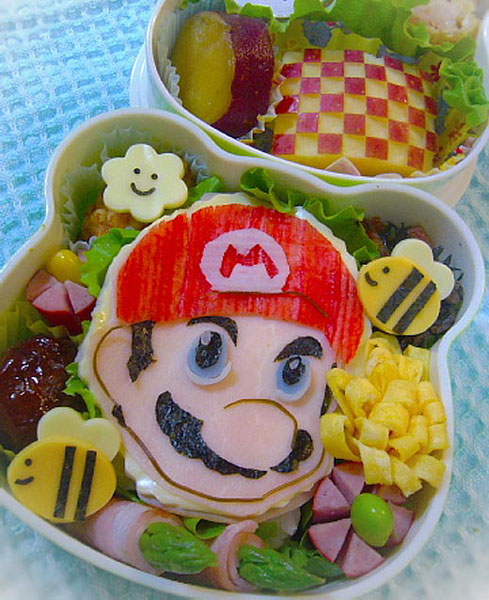 From what I can tell, Mario’s face appears to be made out of some sort of lunch meat, while his bright red hat looks like it might be from radishes or other colorful root veggies. But this clearly obsessed Bento fanatic didn’t stop with Mario. 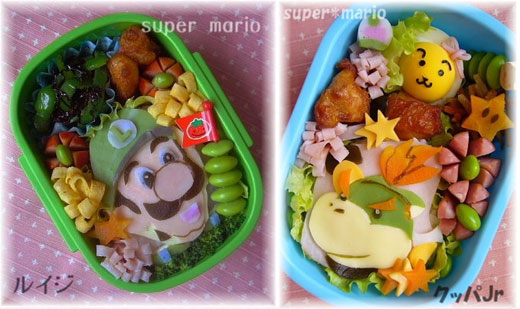 She went on to create edible versions of Luigi, Bowser, Wario, Princess Peach and a bunch of other citizens of the Mushroom Kingdom.

If these don’t get your kids to choke down his or her bologna and Cheese Whiz sandwiches, I don’t know what else would. 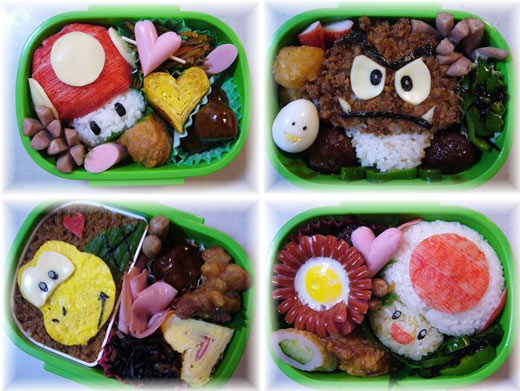 Oddly enough, with all the foods used to make these clever creations, I couldn’t find a single mushroom anywhere in the whole bunch.


Facebook comments
Super Mario Bento | 0 comments | Create New Account
The following comments are owned by whomever posted them. This site is not responsible for what they say.